Are zoos good for animals? How smart are monkeys? 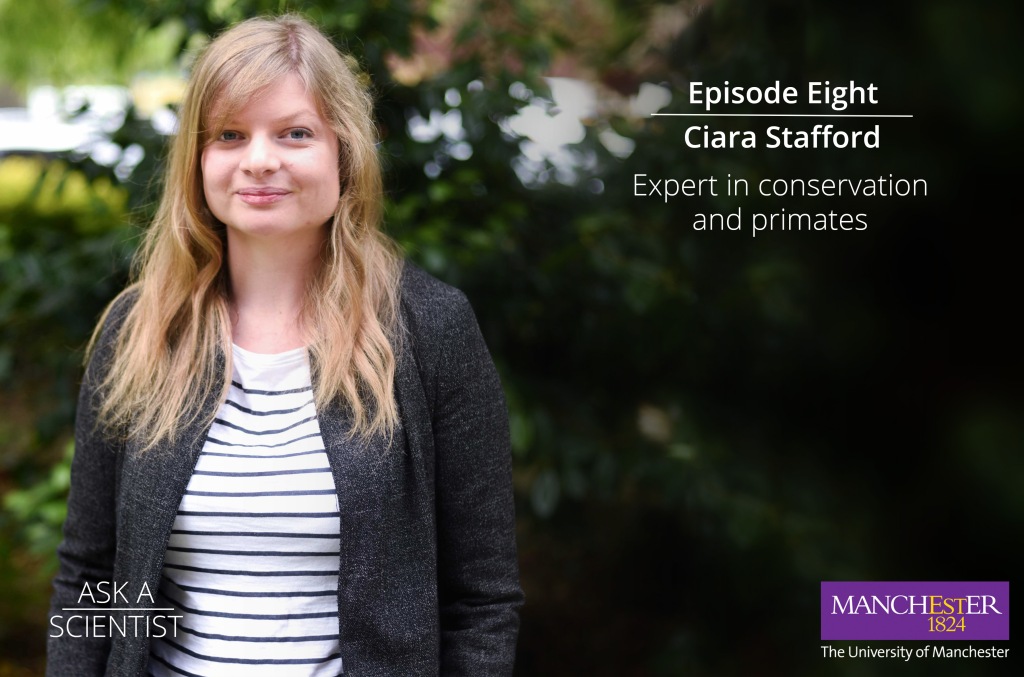 This week we are interviewing Ciara Stafford about conservation and primates. Comment below for a chance to have your question answered by an expert!

We complain about temperamental weather in England but even we don’t have it quite as extreme as it is here, it seems. Last night there was thunder, yesterday it was boiling hot and the night before it was torrential rain. Right now it’s cold but 5 minutes ago it was T-shirt & shorts weather…I keep getting reminded that Pamplona only has two seasons: wet and dry. So far they only have one though: random, and I guess this is where being a Brit comes in helpful as you naturally have to leave the house prepared for any and every possibility.

The town of Pamplona from the Universities viewpoint during the day: 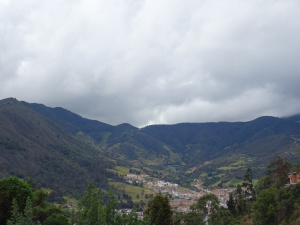 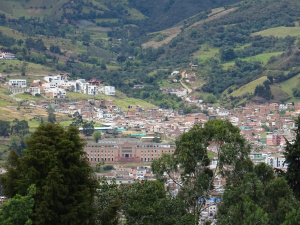 And later that night: 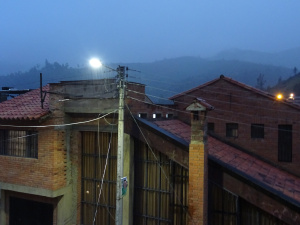 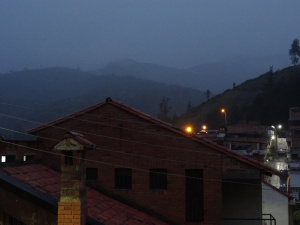 Neither photos really do justice to either the weather at its best or worst, which had my landlady praying to god that the roof holds out. It did.

Check out this first blog post from one of our placement students studying frogs outs in Pamplona, Colombia!

So….first things first, welcome to my blog-family, friends, University of Manchester students and people who were trying to find the blog with the worst pun name!

In my first post I’m going to briefly outline what I’ll be doing on placement as I know my answers were fairly poor (at best) when people asked me before. And also where it is! In future posts I hope to cover what I’m doing on a daily basis in more depth & what it is like working here in Pamplona, Colombia. And also my attempts at learning a language that I’ve not really been taught before by jumping in head first and moving to somewhere where they only speak Spanish-because why the hell not?

For those of you that don’t know already-I’m a genetics student at the University of Manchester. Part of my degree programme allows for a ‘year in industry’ between 2nd &…

Historian of science and medicine Dr Duncan Wilson has been awarded a 5 year fellowship by the Wellcome Trust to fund research into considerations of human health in the history of animal conservation. 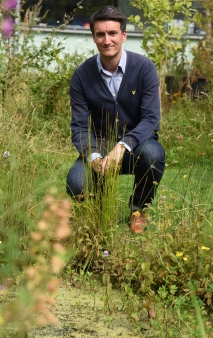 Dr Wilson, whose previous work examined the history of bioethics, will look at why scientists increasingly drew connections between species loss and human health from the 1940s onwards. He will focus on how this viewpoint led to ethical debates about which species we should prioritise in conservation programmes, which influenced and continues to influence the work of scientists working across universities, parks and zoos.

When asked about the project, Wilson describes:

‘A striking feature in coverage of epidemics like Ebola today are claims that increasing rates of species loss are, to quote the International Union for the Conservation of Nature “the leading driver of disease emergence in humans”. Scientists warn that species loss through hunting, habit loss and climate change causes viruses to “spill over” into humans and eradicates potential medicines.

These warnings link our health to the fate of endangered animals and raise difficult questions about which species we should preserve’.

‘Yet despite its importance for understandings of our relation to the natural world, we do not understand why this view of species loss emerged and became influential. My new project will show how scientists in the 1940s first drew on ecology to argue that extinction threatened human health. I will detail how these claims underpinned the work of conservation organisations, national parks and zoos, and will isolate the professional and ethical concerns that led scientists to prioritise certain approaches and animals.

‘Given the dire warnings about the rate and consequences of species loss today, with up to half of all  plant and animal species predicted to become extinct by 2100, this project is vital for helping us reflect on the changing connections between human and animal health, and on why we value some animals over others’.