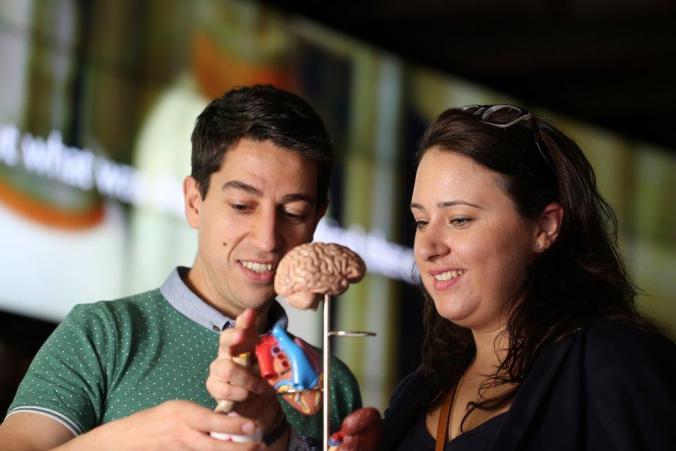 Manchester Town Hall will become the city’s largest laboratory as scientists from across the city join forces for Manchester Day’s Brain Box attraction.

During the town hall takeover, collaborators from the city’s universities, museums and other societies and associations, will take Manchester Day visitors on a fascinating journey through the brain.

This year’s Manchester Day theme – EUREKA! – celebrates the city’s history of scientific discovery in a year when Manchester is name European City of Science 2016.

The Brainbox scientists will perform lively experiments throughout Manchester Day on Sunday, 19 June, in a hands-on, participatory journey of discovery that will create countless EUREKA! moments.

The exhibitions, which will spread throughout the first floor of the historic town hall building, will cover eight themes from the basics of the brain, vision, pain and disease to brain imaging, how we learn, the history of brain research and the fascinating links between the arts and the brain.

Try your hand at brain surgery – on an egg! Observe how flies get tipsy… travel through the mind with modern brain mapping…and see the gruesome history of brain medicine, amongst many other fascinating activities for young and old alike.

Brain Box will run alongside the Manchester Day celebration from 10am until 6pm (Manchester Day itself begins at midday) – and look out for Albot², time travelling robot, who will be making regular visits throughout the day.

The Brain Box has been curated by Professor Andreas Prokop and Professor Stuart Allan from The University of Manchester.

“Seeing so many scientists, clinicians, creative practitioners and artists joining forces to invite the public and celebrate and explore the fascination and wonders of the brain, on this unique day, in this unique year and in this unique location, is a dream come true – a once-in-a-lifetime opportunity for everybody!”

“Not content with taking over the whole of the city centre and transforming it into the UK’s biggest open air theatre, we’ve now taken over the town hall as well.

There will be something for all the family, so make sure to pop in. It will be a fascinating part of Manchester Day with some of the city’s best minds explaining how the minds work.”

Manchester Day will take place on Sunday, 19 June from midday until 6pm.

The parade begins from Liverpool Road at 1pm.